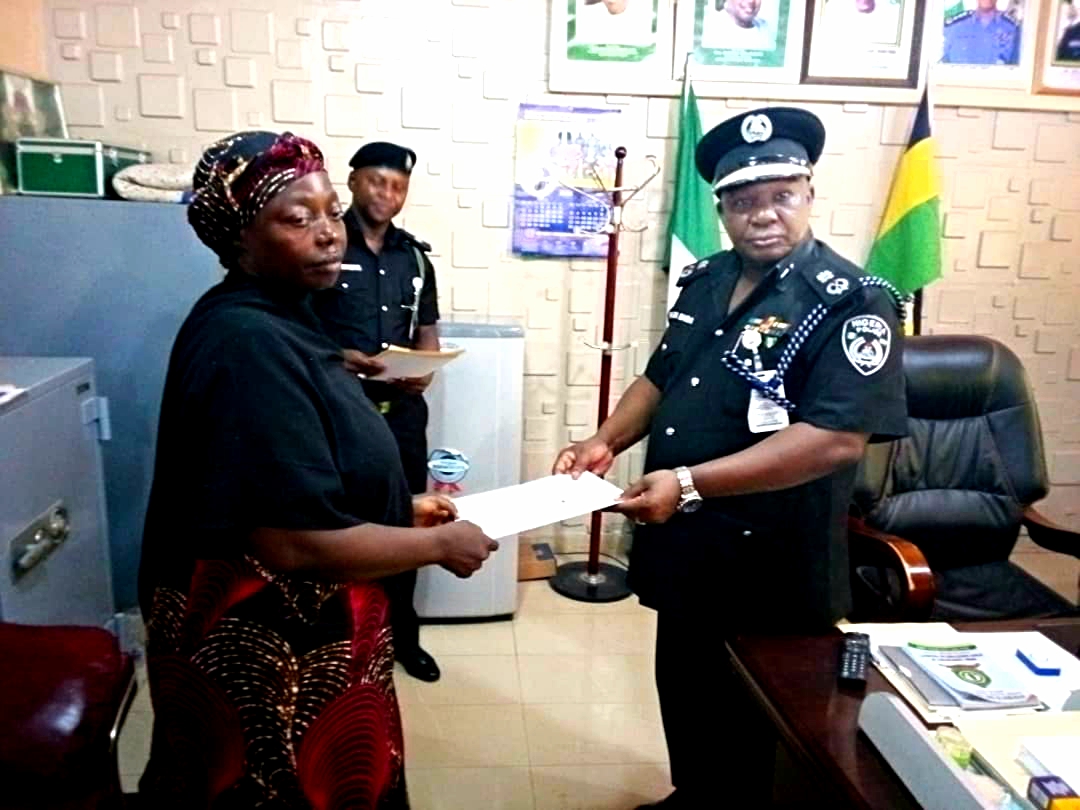 Kebbi State Police Command, on Tuesday, presented cheques worth N60 million to families of six slain officers who were killed by bandits in active service in the state.

The officers lost their lives during an encounter with the bandits while on guard duty at the GB Food Company in Gafara community of Ngaski Local Government Area on 15 March in the state.

The Public Relations Officer of the command, SP, Nafi’u Abubakar, made this known to newsmen in press statement in Birnin Kebbi on Tuesday.

He said that the Commissioner of Police in the state, CP, Musa Baba,had presented the cheques to the families on behalf of GB Food and Farms Company.

“The cheques of N60 million are presented to the six families of the deceased and each has received N10 million.

“The company’s kind gesture is not only limited at supporting the families of the deceased police officers, but also aimed at boosting the morale of the serving members of the force to do more in the fight against crime and criminality,” Abubakar said.

The PPRO also quoted the commissioner as advising the families to judiciously utilize the token in ameliorating their financial needs.

Speaking on behalf of the families, Mr Fafa Ijantiku, appreciated the kind gesture of the commissioner and the company.

He prayed the Almighty Allah to continue to guide and protect them in all their future endeavors.

Input Email Address and Subscribe to receive Notification of New Posts or Updates!